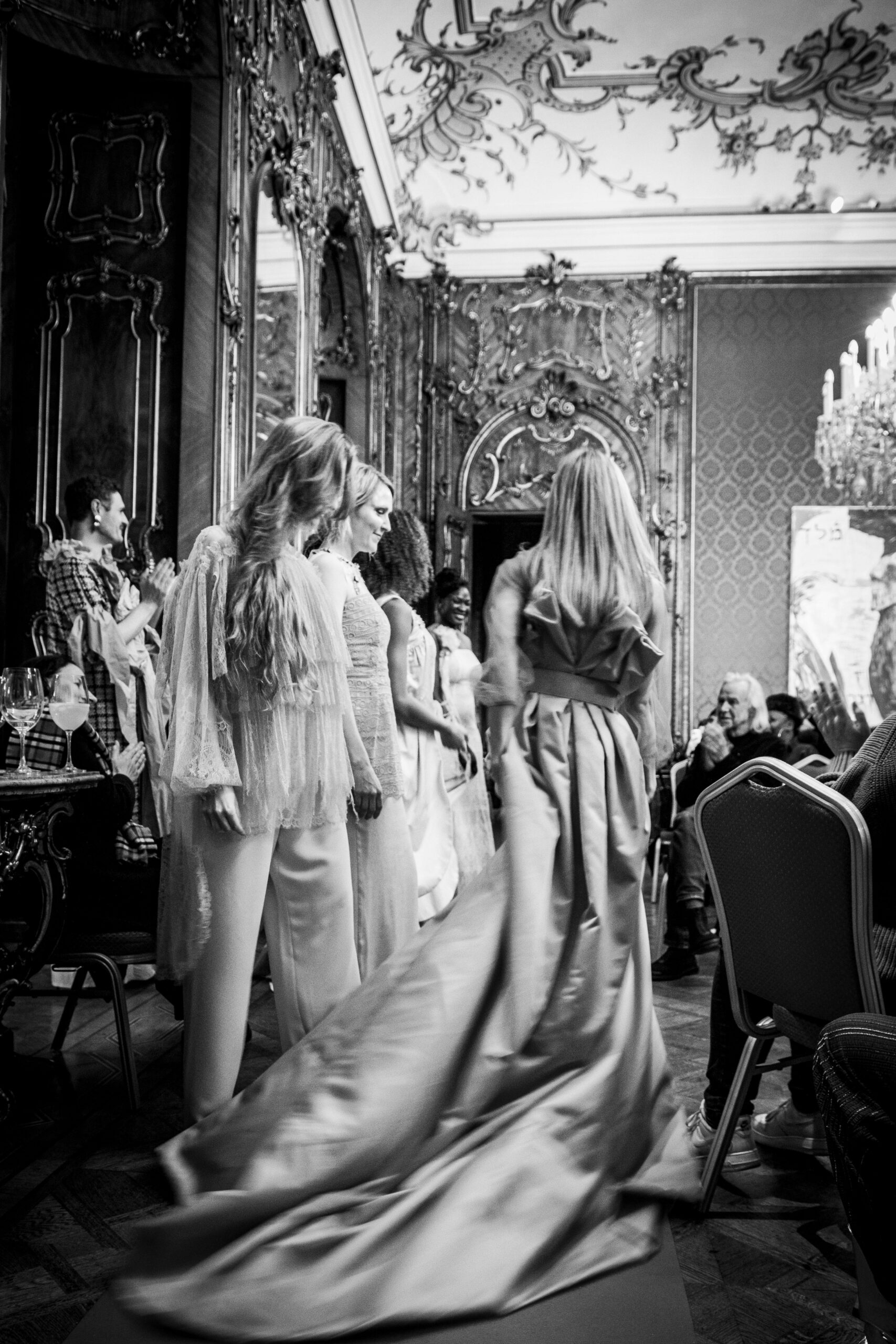 What would our hearts speak? What would be the messages of people who are loved? Maybe that love can fulfill, inspire and strengthen us. But if love has disappeared, it is not simply gone, but leaves a gap. This void can become a wound that hurts.
Contrary to the images about love we have in our society, love is not just something romantic. It can also be political, giving people strength for change. It can be a motivator for growth. Love has a transformative power to change individual and social life as well.
So love as a force for change?
What, then, is the opposite of love? Is the opposite of love oppression in the form of patriarchy? Sometimes love feels so far away, you get the impression that those who love and are loved are the privileged.
During the evening we will deal with these questions, to open further spaces for thought and emotions.

Silver Tears of the Moon by Michael Radanovics

Libertango by A. Piazzolla (arrangement by Melissa Coleman)

The event takes place according to the currently valid corona rules of Vienna:
3G at events, 2G in catering, masks are recommended indoors.

The violinist ZORAN NOGIC was born in 1975 in Belgrade. He started playing violin at the age of 7. He studied at the music academies in Belgrade (Prof. F. Raskovic) and Vienna (Prof. E. Zienkowski), both completed with Master of Arts. Member of various international youth orchestras: Jeunesses Musicales World Orchestra, Gustav Mahler Youth Orchestra, Verbier Festival Orchestra and Verbier Chamber Orchestra, Young Austrian Philharmonic. Participation in the Gustav Mahler Academy in Ferrara founded by Claudio Abbado, lessons with Joseph Silverstein, Michaela Martin, Federico Agostini and Kenneth Sillito. Master classes with E. Tschougaeva and V. Klimov. He has given solo and chamber music performances in Vienna, Eisenstadt and Belgrade. Concerts with the Orquesta Sinfonica de Galicia in Spain.Participation in various Austrian orchestras, including the RSO Vienna, the Tonkünstler Orchestra and the orchestra of the Vienna Volksoper. Member of the Vienna Chamber Orchestra since 2001.

The violinist MARIANNA OCKOWSKA, born in Warsaw in 1983 studied at the Fryderyk Chopin University of Music in Warsaw and the University of Music and Performing Arts Vienna, graduating with distinction. She is an internationally active and much sought-after performer of new music. She is a founder member of the Platypus ensemble for new music that, besides frequent concert engagements, has also made several recordings and held numerous workshops. In addition to this, she also plays with the ensemble “die reihe”, ensemble xx. jahrhundert, Ensemble Kontrapunkte, the ensemble Wiener Collage, the Schallfeld Ensemble and Studio Dan. She is a regular collaborator with composers, who have dedicated several works to her. She performs at prestigious international festivals of new music as a soloist and chamber musician (e.g. Festival Wien Modern, Festival Klangspuren in Schwaz, Meridian Festival in Bucharest). She is a member of the Hans Rott Quartett and an instructor for the Wiener Jeunesse Orchester and at Camp Styria, the international orchestra camp for 9- to 16-year-olds. Marianna has been principal second violin with the ORF Vienna Radio Symphony Orchestra since 2011.

LENA FANKHAUSER is a violist of Trinidadian-Swiss heritage born in Montreal, Quebec, Canada. She started playing the violin at the age of 4. By the time she was 12, she attended the Yehudi Menuhin School in England. She studied with David Cerone in the Young Artists Program at the Cleveland Institute of Music and then began her undergrad studies at the McGill University in Montreal before switching to the viola. She has received both her Bachelor and Master’s degree from the Julliard School of Music in New York City on a full scholarship. She moved to Austria for postgraduate studies with viola Professor Thomas Riebl at the Mozarteum University in Salzburg and subsequently played with the Camerata Salzburg. Lena Fankhauser has toured worldwide, across numerous genres, and played in many halls including New York’s Carnegie Hall, Suntory Hall in Tokyo and the Royal Albert Hall in London. She was also a soloist with the Vienna Radio Symphony Orchestra for Danny Elfman’s „Wolfman Suite“ at Hollywood in Vienna.

As a passionate chamber musician, Lena Fankhauser founded a Chamber Music Festival in Bad Ischl and (CH)AMBER, an association for new chamber music. She has played at the Proms, the Salzburg Festival and in the orchestras of the Vienna State Opera, Vienna Volksoper, Klangforum Vienna and the Munich Philharmonic and regularly performs with the UK based Chineke! Orchestra.

​She is a member of the Koehne Quartet (which specializes in contemporary music) and a regular presence on the stage of the Burgtheater, most recently in “Die Bakchen”. She is a founding member, contractor and manager of the film orchestra, Big Island Orchestra Vienna. She is also a founding member and musical curator of Salon Souterrain.

MELISSA COLEMAN was born in Melbourne, Australia where she graduated in 1990 at the Victorian College of the Arts with distinction. Since 1992 she has lived in Vienna and performs and tours as chamber, soloist and ensemble musician in renowned classical, modern, jazz and world music festivals throughout the world. She also works as a composer, arranger and improviser together with individual artists, modern dance companies, theater productions and multimedia projects. MC has recorded over 60 CDs with diverse ensembles and bands since living in Vienna.

SERHII SHEVCHENKO was born in Kharkov, Ukraine. He studied at Kharkiv G.Skoworoda’s Pedagogical University and at the Kyiv R.M.Glier’s Municipal Academy of Music. Serhii is Laureate of the Oksana Petrusenko Competition and other vocal competitions and took part in vocal and theatrical productions.

IRYNA NIKOLAYEVA was born in Lviv, Ukraine.  From 1981-1992 she studied piano and musicology at the Solomiya Kruschelnitska Music school in Lviv.  After graduating with distinction, she continued studying at the M. Lysenko Music School in her hometown.  In 1997, she received a Diploma with distinction as concert pianist, correpetitor, chamber musician and music teacher.  1998-2001 Iryna Nikolayeva completed her postgraduate Studies at the P.I. Tschaikowsky  Music Academy in Kiev. She lives in Austria since 2001.  She is a pianist (Ballett and solocorrepetitor) at the Baden Theater and guest correpetitor at the Europaballett in St. Pölten.

The DJ collective “ENGELSHARFEN+TEUFELSGEIGEN” (founded in February 2009) is living proof of the fact that classical music and club culture need not be mutually exclusive. With a characteristic mixture of classical, avant-garde, film and contemporary music, as well as their electronic derivatives, these enthusiastic musical tightrope-walkers have been a fixture in the Viennese club scene for the past few years.

LAU LUKKARILA is a choreographer and performer currently based in Vienna. Lau studied applied theater, acting, contemporary dance, singing and performance at the Metropolia University of Applied Sciences in Helsinki and the Royal School of Performing Arts in Madrid. In 2018, Lau received the BKA’s START scholarship for music and performing arts, as well as the danceWEB scholarship at ImPulsTanz. In 2019, Lukkarila presented the solo work Trouble at the Festival Rakete at Tanzquartier Wien.

SEBASTIAN GEČ born in Maribor, Slovenia, is a dancer and actor based in Vienna, where he among others was performing at Theater an der Wien, Staatsoper Wien and Wiener Festwochen. Sebastijen was awarded with the Sredi prostora – Yearly Award for dance achivements by the Ministry of Culture Slovenia and had the Scholarship for education by the Ministry of Culture Slovenia. Besides his stage activity Sebastijan is a shiatsu practitioner.

Goran Bugaric was born and raised in Serbia, and came to Vienna at the age of 19 in 2002. After learning German he started his first Job in fashion. In Year 2006 he graduated Master Tailoring at Viennese Fashion Highschool Herbststraße. After Years of working for other designers and creatives he finally established his own Brand „Bugaric“ in 2012. His focus as a Designer is in a great fit and custom made Fashion. Every year he presents one collection as an expression of his state of mind and creativity at the time. His last two collections were presented at New York (September 2021) and Paris (February 2022) Fashion Week.

ContextCocktail is an art collective based in Vienna, Austria. They use performance, video and photography to work on the topics of queerness, feminism, gender norms and transformations. ContextCocktail organise and curate visual arts, music and performance happenings and formats – online as well as live in atypical and decentralised locations. ContextCocktail creates temporary open spaces and provides a stage for queer-feminist perspectives. They offer a platform for community building and lead workshops in the form of a poetry/performance art and artistic photography laboratory. Film productions and happenings are created in collaboration with members of the ContextCocktail community.

CHANDA VANDERHART enjoys an interdisciplinary career as a collaborative pianist and musicologist. She is currently faculty at the mdw – University of Music and Performing Arts in Vienna where she is a researcher for the project Signature Sound Vienna in the Department of Acoustics Wiener Klangstil, lecturer in the Department of Musicology and Performance Studies (IMI), and artistic research consultant for the project Musical Crossroads; Transatlantic Cultural Exchange 1800-1950.

Her performance career has brought her to the Musikverein, Volksoper and Volkstheater in Vienna, to the Malmö Opera, the Banff Centre in Alberta, Kala Mandir in Kolkata, DeDoelen Concertgebouw in Rotterdam and City Recital Hall in Sydney.

VanderHart co-founded the multimedia children’s story-telling platform Talespin, Musical Tales for Big and Small and the interdisciplinary concert series Mosaïque. She is musical director of the European chapter of Opera Moderne and performs regularly as pianist and aerialist with the circus ensemble The Freestyle Orchestra. Her other projects include a podcast on accompaniment and gender, “Too Many Frocks,” with BBC producer Bill Lloyd and a world premiere recording of Dichterliebe in a new English translation, with tenor Eric Stokloßa. A successful music critic, VanderHart has reviewed over 135 opera and concert productions for Bachtrack in London since 2013 and is currently finishing a book on 19th century art song for Cambridge University Press.

AMANI ABUZAHRA, is a philosopher, author, speaker and diversity trainer. She did her PhD on philosophy of tolerance at the University of Vienna and is currently a postdoctoral researcher at the Sigmund Freud University. As a public speaker and author she talks and writes about intersectional feminism, Islam, racism at universities, conferences, in the press and TV. Her last book was published by Tyrolia Verlag: “Muslim women speaking up.”

AKYNOS, has 30 years of experience within the sex industry and is a Sex Worker rights organizer, who started her global organization THE BLACK SEX WORKER COLLECTIVE in 2018 in NYC. akynos.com

HELGE TIMMERBERG born in Dorfitter (Hesse) in 1952, is german adventurer, journalist and travel writer. He writes reportages from all parts of the world, published in Süddeutsche Zeitung, Die Zeit, Allegra, Stern, Spiegel, Playboy and others. The “greatest, most shrill, most entertaining and at the same time wisest German travel writer” (Frankfurter Rundschau) has published 17 books by now. „Tiger fressen keine Yogis“, „Das Haus der sprechenden Tiere“, „Shiva-Moon“, „In 80 Tagen um die Welt“, „Der Jesus vom Sexshop“ und „African Queen“ are cult among travelers. Timmerberg takes his audience to the orient, like in “Die Märchentante, der Sultan, mein Harem und ich,” or to Nepal, where his autobiography, the SPIEGEL bestseller “Die rote Olivetti,” ends and “Das Mantra gegen die Angst” begins. On the occasion of his 70th birthday this year the “eternal hippie” Timmerberg (Literatur Spiegel) has written a book about getting older: “Lecko Mio-Siebizig werden“.

“The first really big and deep envy I felt was when I met Helge Timmerberg. In my generation, he was the best writer in Germany and the freest person I ever met.”