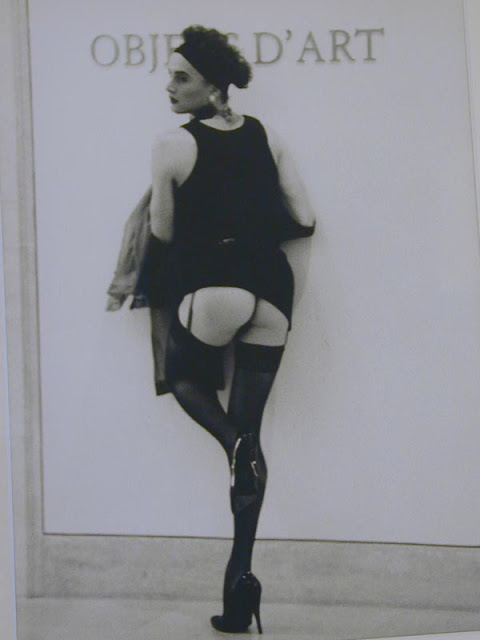 Salon Souterrain is a format of the underground art space „Chateau Rouge“, created by performance-visual artist Elisabeth Bakambamba Tambwe, as a response to certain exclusionary dynamics within the European society. In partnership with violist Lena Fankhauser, founder of (CH)AMBER- an association for new chamber music, Salon Souterrain delves into various aspects and approaches towards this issue. It is a place of hospitality, a melting pot of people, styles, ideas and engages in the systematic practice of dialogue. It looks at works of all forms of artistic expression, but also with the voice and presence of contemporary thinkers; writers, philosophers, activists, scientists etc.

In collaboration with Red Edition – Migrant Sex Workers Group Vienna, Salon Souterrain will deal with issues linking art and prostitution in various categories: prostitution as art, prostitution as a topic in the arts, the art of prostitutes, forms of structural violence and methods to overcome these structures in both fields as well as questioning our relationship to work in general.

Liad Hussein Kantorowicz is a performance artist, musician, activist, and perpetual migrant. Her performances de-exotify and de-mystify the positions of so-called sexual or political deviants. In them, the body is used as a site to exhibit its multitude of marginalities, as well as being a tool to transgress the boundaries of the public space, and to call into question the public‘s ‘democratic’ limitations.

Her performance work has been presented at the 10th Berlin Biennale, Schwules Museum Berlin, Athens Museum of Queer Arts AMOQA, Kampnagel Hamburg, Transmediale festival Berlin, Ljubljana’s City of Women, Berliner Festspiele, Arcola Theatre London, Haus der Kulturen der Welt Berlin, Kabareet in Haifa/Palestine and more, and in streets, alleyways, social centers and queer bars in Europe and Palestine-Israel. Her first short film NO DEMOCRACY HERE premiered at CPH:DOX and is currently touring film festivals around the world. Her first EP with her musical partner Kalpour will be released later this year. Liad is a spokesperson for sex workers’ rights and a founder of a Berlin’s peer project for migrant sex workers at Hydra e.V.

Trajche Janushev is engaged in the sex work movement since 2009  in the begins of the first sex work community-based organization in the Balkans. Through Artivism he put the important questions for sex workers lives in the front of society eyes. In the regional level, he was also active and really familiar with almost all sex work-led Organization in Macedonia, Turkey, Serbia, France, Spain, Greece, UK, Bulgaria, Hungary… And last but not less, since he moved to live in Vienna he started with Red Edition – Sex Work Group Vienna and start with a different perspective of art-activism with main focus on migrants sex workers!

Konstanze Breitebner attended the Gymnasium Wenzgasse in the 13th district of Vienna, Hietzing, and then received her education at the drama school Krauss in Vienna and at the École internationale de Théâtre Jacques Lecoq in Paris. This was followed by theater engagements at the Volkstheater Wien, at the Bonn Theater, at the Theater in der Josefstadt in Vienna and at the Reichenau Summer Festival. She worked with well-known directors and also starred in numerous television plays and films such as “Das unbezähmbare Herz”, directed by Karl Kase, with Sonja Kirchberger, Dietmar Schönherr, Bernd Herzsprung and Miroslav Nemec, Mozart. “ Ich hätte München Ehre gemacht “ directed by Bernd Fischerauer, starring Konstantin Wecker or Vom Ende der Eiszeit, directed by Friedemann Fromm.

Topoke, : Afro-European artist -activist strong believer and fighter for human rights, based in Wien . As living off ones Art is very challenging, he also teaches in a middle school .

The Ensemble Kontrapunkte was founded in 1965 and consists of soloists from renowned Viennese orchestras such as the Vienna Philharmonic, the ORF Radio Symphony Orchestra Vienna, the Vienna Symphony Orchestra and the Vienna Volksoper Orchestra. Together with its director, Peter Keuschnig, the versatile and flexible formation with a broad repertoire has long been regarded as the first address of the Viennese music scene. Naturally competent in classical music and romance, the ensemble was able to make a name for itself particularly in the field of 20th and 21st century chamber music and classic big band jazz.

Franz-Markus Siegert – born in Dresden in 1981, began his training as a musician at the age of 15 in the class for gifted students conducted by Prof. Rudolf Rampf at the music college in Trossingen. He completed his studies at the University of Music and Performing Arts Vienna with Prof. Christian Altenburger in 2009, graduating with distinction. He gathered further experience in master classes given by Dorothy Delay and Kurt Sassmannshaus in Aspen, Colorado. He is a member of several chamber music ensembles and undertook a number of concert tours to Japan as first violin of the Rasumofsky-Quartett Wien during which he played in the Tokyo Opera City Hall and the Tokyo Oji Hall among others. Franz-Markus Siegert has been assistant concertmaster of the ORF Vienna Radio Symphony Orchestra since 2009.

Amalie Elmark – born in Denmark, she has spent a great deal of my life living abroad, untiringly getting to know foreign mentalities and musical approaches. She started playing the violin at the age of 6 with the Japanese Suzuki-method and am educated from The Juilliard School in New York and The University of Music in Vienna, where she live.

Lena Fankhauser – She is violist born in Montreal, Canada with a Bachelor and Master‘s degree from the Juilliard School of Music in New York. After receiving a scholarship for a post-graduate with Prof. Thomas Riebl at the Mozarteum in Salzburg, she played with Camerata Salzburg. In Vienna, she has played with many orchestras and ensembles including, Volksoper Vienna, Klangforum and RSO Vienna. She is currently a member of the Burgtheater and Koehne Quartet. Lena Fankhauser is the founder of her Verein, (CH)AMBER, an association for new music and is co-founder of Salon Souterrain.

Othmar Müller – born in May 29, 1963 in Vienna. He is an Austrian cellist and founding member of the Artis Quartet Vienna. Müller was born as the third child of music critic and composer Herbert Müller. He received his first instrumental lessons at the age of five at the Conservatory of the City of Vienna, from 1977 to 1984 he studied with Valentin Erben at the Vienna Musikhochschule. In 1980 he became cellist of the Artis Quartet Vienna. In 1982 and 1983 he was a member of the ORF Symphony Orchestra, from 1982 to 1984 he was also solo cellist of the Vienna Chamber Orchestra. Since the academic year 1984/85 in Cincinnati at the LaSalle Quartet he has worked full-time in the Artis Quartet. From 1993 to 1998 and from 2007 to 2009 he directed the chamber music class of the Music Academy Graz, Expositur Oberschützen. Since 2008, Othmar Müller has also been conductor of the violoncello class at the Joseph Haydn Conservatory of the Province of Burgenland. Müller was and is a lecturer at courses in the USA, Hong Kong, Germany, Austria and the Casals Festival Prades.

Cléo Duplan lives and works in Marseille. She trained in scenography at the Ecole Nationale Supérieure des Arts Décoratifs in Paris, then did a training in art publishing and artist’s book at the Jean Monnet University of St Etienne.

His plastic practices are diverse, theatrical scenographies, masks, drawings, illustrations and installations. Paper is his favorite material. Recently, she founded the “Lunes Bergers”, a publishing house of book-objects and curiosities of paper in limited series.

Mzamo Nondlwana a queer, non-binary performing artist .  Their work focuses on marginalized folks. They are also one half of an audio-visual collective Bisha  Boo that centers queer, trans, indigenous, black and people of color

Born in Abidjan (Ivory Coast), grew up on three continents, between his native country (Côte d’Ivoire- Africa), the USA (Washington D.C/ New York City) and France (Tours/ Paris). Trained in classical and modern dance with Jacques Laurent Madiba (Abidjan) and acting (Cours Florent –France). Based in Paris since 2004. He has been developing his practice as an artist and performer working around gender, identity, uprooting and displacement. As a solo artist, he is currently working on «V.B.S.S»*( Violence, Boxes, Sex in Society.), an ode to our social plurality on interviews with members of the Afro and L.G.B.T.I.Q community from here ( France) and moreover ( America, Africa).

[SOB] is a collective of artists (of various forms – DJs, musicians, actors, producers), activists and entrepreneurs based in Vienna with the aim of celebrating the cultural and ethnic diversity in urban space in European cities. We express the celebration of diversity through visuals, sound & dance amongst other art forms and events.

Thanks to the designer Goran Bugaric, the video maker Eduardo Trivino Cely, the photograph Esther Ojo and Philip Riera for the dramaturgy support